A Realistic Path to Artificial General Intelligence - Part I

A special kind of AI is progressing in a way that reminds us how human intelligence evolved. In this post I propose that we leverage it as the most promising path to Artificial General Intelligence.

In fact, in the last 60 years there have been only 4 other areas in which we humans have failed harder than in AGI research:

with the creepy end-note that, had we solved AGI, those other 4 would have been probably long solved too by now. And the bad news doesn't end here. In fact, not only we didn't invent AGI, not only we don't have the slightest idea of how to achieve it, but above all, and that's why I'm writing this article, It seems to me that one of the most promising paths we could follow to get to it is still not being leveraged enough.
Ok, but let's start by framing all the bad news first, with a premise however: personally I am very optimistic about how AI will develop and even reach AGI. I focus on so many bad news just because without knowing what the obstacles are, there is no way to overcome them.

So let's start with the main question.

Why we still didn't reach AGI?

Below is a list of the reasons why in my opinion we have not yet reached AGI, but again a premise, the largely predominant reason is just one but I'm going to list it as the last one, so that it could remain very impressed in your mind, even because I'm very surprised that still today this reason is so much overlooked and forgot, despite being extremely trivial and obvious. 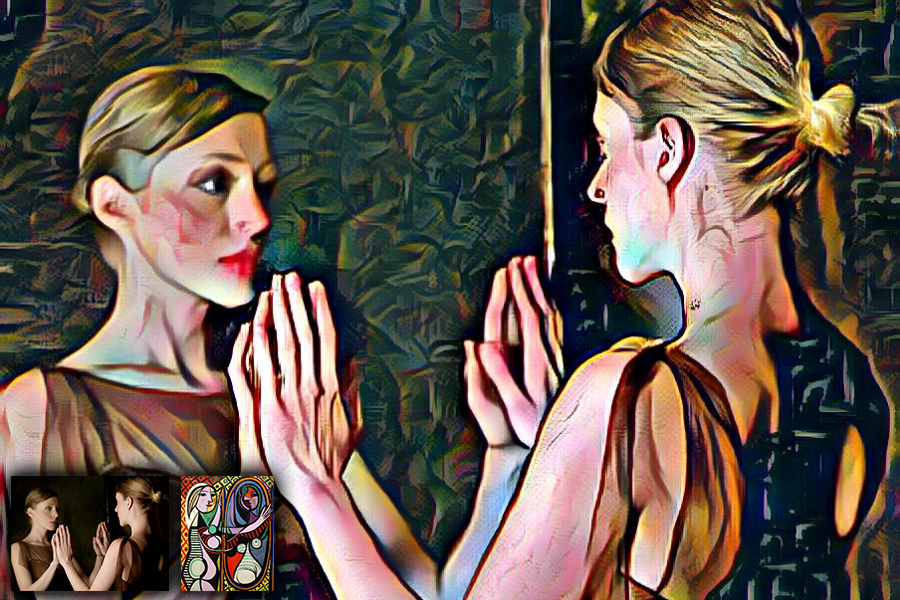 Picasso's "Girl Before a Mirror" and a GAN interpretation.

These are all the sad facts we should be aware of when planning about the next steps to take to reach AGI.
But fortunately this is only the first half of the story. In recent years AI has gone very far in many sectors, but one in particular has really exploded in a striking manner and in a field that honestly very few would have ever imagined. Go to Part II to read about it.